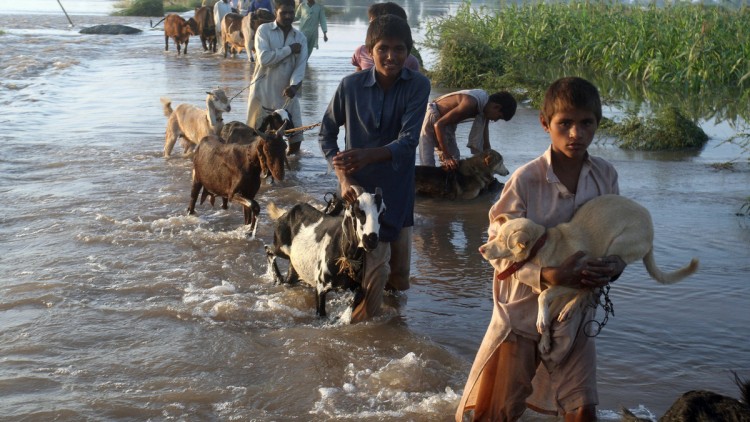 Every year, millions of Pakistanis have their lives torn apart by floods; this year’s flooding came as millions of Pakistanis were still trying to recover from a similar disaster last year.Pakistan has experienced 22 major floods in last 68 years, each causing devastating blow to economy with mammoth loss to human lives, livestock, properties and infrastructure in the country. This year flooding began with a constant, pounding rain that started in the mid of July 2015 and still continue. There were brief pauses of stifling heat and humidity, quickly followed by more rain and melting glacier water hit the northern areas of the country severally. The northern section of the country usually sees scattered rains during the monsoon season, but never the deluge it had this year. This year there was so much rain in the high alpine areas, and that really basically created flash floods in the northern areas.

Khyber-Pakhtunkhwa particularly Chitral has been badly devasted by swollen rivers by current year’s floods. Still more people are dying in remote mountainous northern areas, swept away in the torrent or buried in landslides.

The experts believes that over the past 30 years, there is a latitudinal redistribution in the country previously, in the past, Pakistan’s flooding was in river systems in Punjab but the rainfall has shifted. Its main focus has changed from the eastern parts to the western parts of the country.

The United Nations has rated 2010 floods in Pakistan as the greatest humanitarian crisis in recent history with more people affected than the tsunami. Though Pakistan has suffered colossal damages due to floods time and again but no concerted efforts seem to have been made to minimize the losses and the government machinery, instead of admitting its failure, have always blamed India for suddenly releasing additional water to cause floods in Pakistan. Every year since 2010 flood victims stand around homeless and aimless and the river thunders on, oblivious but government response is lukewarm years after years. Pakistan’s water management is century old and has not been revamped and unable to cater the floodwater. Country’s drainage network needs to be assessed in detail for its capacity to cater to extreme flooding scenarios. Government need to go for integrated water distribution system under which all the rivers should be linked and in case any river has unmanageable flood, then it should be diverted to other rivers that have no floods.