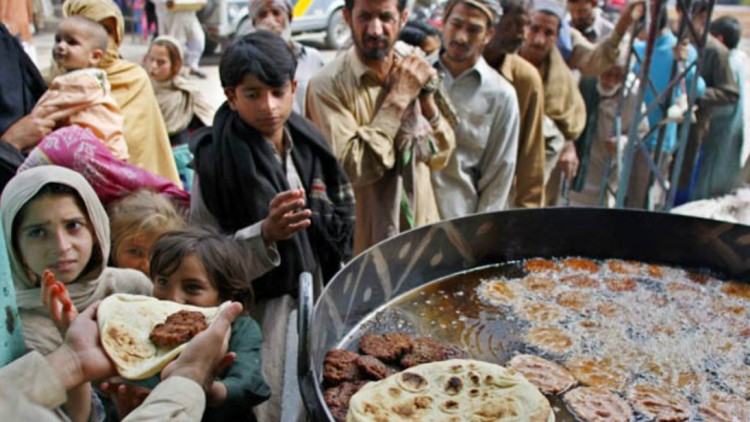 The Global Hunger Index (GHI) is a multidimensional statistical tool used to describe the state of countries’ hunger situation. GHI is based on a country’s performance on indicators such as the proportion of the undernourished in the population, prevalence of wasting in children under five years, prevalence of stunting in children under five years and the under-five mortality rate.

The report showed that Sub-Saharan Africa has the highest hunger levels, followed closely by South Asia. Hunger levels are alarming in seven countries, with Central African Republic, Chad and Zambia experiencing the worst levels. Nearly half the population in Central African Republic and Zambia, and one in three people in Chad, is undernourished the report showed. The report observed that overall, some 795 million people go to bed hungry every night

The Global Hunger Index report 2016 said Pakistan has a serious hunger problem with 22 percent of its population was undernourished and 45 percent of under-five children are stunted. Placed 108 in a ranking of 118 developing countries, Pakistan performed worse than its South Asian neighbors in eliminating the hunger. On a 0-100 point scale, Pakistan has a score of 33.4.

The GHI Score for Pakistan is 33.4

Pakistan performed worst than India and Bangladesh, which scored 28.5 and 27.1 respectively, but better than Afghanistan’s 34.8.

More than 45 countries including India, Pakistan, Haiti, Yemen, and Afghanistan will still have moderate to alarming hunger scores in 2030.