The Evolution of Motherhood 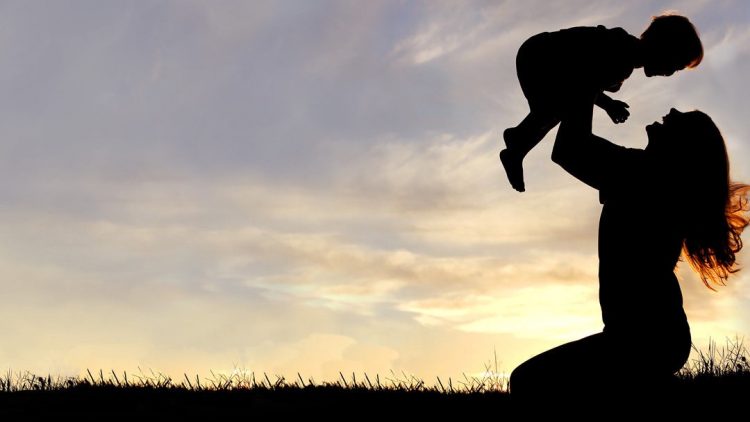 Stereotypically, mothers are painted to be as those who stay at home and work towards building the lives of those around them – be it their children, husband or in-laws – rather than dedicating a part of their life to themselves and building a career of their own. However, with the rapid advancement in the ways of the world, the roles which women play in households have also changed drastically. The biggest instigator of this change is the fact that families have now shifted from joint to nuclear setups, meaning that women have to be at the forefront of everything ranging from the splitting of bills to establishing decorum in their households. This increased responsibility has made them more decisive and authoritative than ever.

In a stark contrast to the olden times of females gaining mere education and getting married off, women now have a greater determination to pursue further studies and acquire the means to the ends of building a better life for themselves. This dedication towards education and careers has increased the percentage of women in the workforce, which ultimately resulted in greater exposure and knowledge of the gender that makes up for more than 48 percent of Pakistan’s total population.
Those mothers who do not wish to spend a sizeable amount of their day outside of their houses and away from their kids, have shifted towards entrepreneurial alternatives such as the sale of bakery items, cosmetics, clothes etc. in their homes, and are using the Internet as the middleman which connects them to the end consumer. A healthy balance between their professional and personal lives has become the norm for a lot of the mothers of the new age.

A greater interaction with the outside world – either by directly stepping out into it or through the Internet – has given these mothers exposure vast enough to make educated and well-informed choices and decisions. Be it in terms of what is being consumed or what is being bought, mothers of the new age make choices based on reason rather than impulse. Whether it is a price versus quantity analysis when buying groceries, or a calculation of the caloric intake of their meals, they like to be in control of their lives.
Let alone mothers of the new age, even mothers of the Gen X are learning to adapt to the ways of the modern world. Those who were not fortunate enough to receive a formal education are using the Internet to inform themselves on the topics that they are concerned with. Videos on social media ranging from cooking to fitness and health tips are being viewed by mothers, who remain avid participants of little online communities of the like-minded, on platforms such as Facebook. These communities are also seen as a helping hand in providing solutions to their daily problems, such as natural remedies to little illnesses that their children may catch.
This streak of education and exposure also shows up in the way these mothers choose to groom their kids, with them keeping in mind to selectively teach their children the norms and values, omitting those that they deem unnecessary. The opinions that the mothers have formed – which have resulted from the efforts that they have put in to educate themselves – are being passed on to their children. Having learned from the previous generations, parents of the newer generation are realizing the importance of a healthy balance between freedom and restrictions, and want to allow their children the freedom to make mistakes and learn from them, as opposed to the previous norm of parents being too afraid to let their children experiment.

This increase in exposure and awareness has not just taught mothers what to buy, but has also indicated to them what to stay clear of. Being mothers, they hold the authority to not just dictate what to cook, but rather what is consumed by their family as a whole. A greater knowledge of all that goes wrong in eateries in Pakistan and the popularity of the crusade of the Punjab Food Authority – thanks to several TV shows and social media – has led to families now reduce dining out, as compared to the previous sudden escalation in its trend. Be it fresh juices or exotic foods, a greater preference for preparing food at home is shown. Where SEC A finds it easy to couple dining out with homemade food, SECs B and C find themselves searching the internet for cheap, easy-to-make recipes to replicate at home.
Rather than giving their children money to buy food from outside, mothers want to give them the experience of different foods at home – due to the greater assurance of hygiene and quality ingredients – and therefore ensure that their kids take lunch from home when going to school. This greater trend of preparing fast food at home has led to an incline in the purchase of frozen foods such as burger patties, nuggets etc., which are being cooked at home to serve as meals at least once a week, making them a treat for the kids while serving as a healthy balance to the usual home cooked meals. This phenomenon of increased purchase of ready-to-eat foods applies more so to those belonging to SEC A, in comparison to SECs B and C, which try to create these foods from scratch at home due to their limited purchasing power.

Where previously a cloud of thick air separated parents and their children, their relationship has now become more transparent, cooperative and friendly. Parents of the new age are now more aware of the emotions of their children, and depict high levels of emotional intelligence – easing the responsibility of mothers in this aspect, as fathers too have become very involved with the lives of their children now. Making sure to devote most of their time to their children, parents are ensuring the elimination of all barriers in communication between them and their children, ultimately easing the environment around them.
Some would argue that the increased use and penetration of mobile phones and Internet have resulted in distancing families despite them being under one roof, a solution to which mothers have had to find. Mothers now have an added responsibility of keeping track of what their children do on their mobile phones/tablets, and a regulation of the amount of time that is spent on them is crucial. While this coupling of gadgets and the Internet has added more burden on the shoulders of mothers, it has also alleviated some of their needs, such as providing recipes, beauty and health tips, and maintaining their social life. They can keep up with their friends and family within the vicinity of their homes, which accomplishes the goal of their need to socialize, along with supervision and devotion of time to their kids.

As opposed to the previous generation of mothers who spent the entirety of their day taking care of their family and homes, the mothers of today have realized just how important it is to take some time out of the day to relax and do things just for themselves. Be it skincare, a walk in the park, or a shopping trip, they like to take some time out of their busy schedule to rejuvenate.
Becoming mothers has not stopped them from the pursuit for a better, healthier version of themselves. Using videos and tips on the Internet to their advantage, they like to keep up with the current beauty trends, and even use natural ingredients available at home such as lemon and honey, to reach their goals. This increased consciousness in women with respect to their appearance has led to the trend of ‘healthy lean meals’, ‘green smoothies’ and gyms.

How their evolution impacted the retail world

As a result of the exposure that women have received – be it in school or their workplace – they have revolutionized the retail end of the world, and have brought about some major changes. Years ago, it would never have crossed anyone’s mind to go to the gym for fitness, draw a distinction between good and bad carbs, rise in establishment of daycare centers, or to even shop online. Customer service – a concept that was never given a second thought of the day so long as consumers were buying the company’s products – has now become such an integral part of businesses now, that it could either be the cause to the rise or downfall of a brand. Such advancements in the retail world partly have women to thank for.